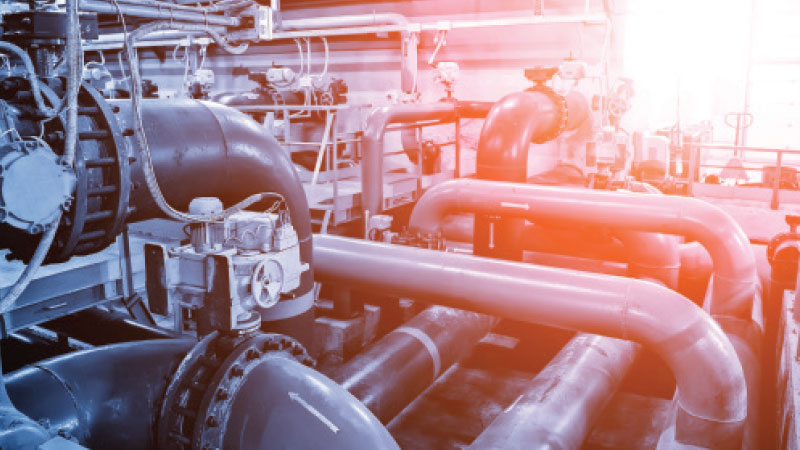 This quote, often attributed to Albert Einstein and sometimes to Yogi Berra, should hit home with many practitioners whose designs are put into practice. Owing to numerous design parameters and their inherent uncertainties, things are never quite the same in practice – that is, turning on a pump for the first time in real world is more involved than including a new pump in a hydraulic model. To improve pump performance, energy efficiency, and our understanding of how and why things may not be working, it is necessary to measure what a pump is doing and compare it to what it was intended to do. This article focuses on pump testing practices as they relate to the operation of new and existing wastewater pumps and pumping facilities. However, this topic also pertains to dealing with design uncertainties in a rational and quantitative manner, which is important to the success of any design. In fact, there is potential for a positive feedback loop between the design and testing processes that, if thoughtfully applied, leads to continuous improvement. There are a variety of reasons why wastewater pumps may not perform as originally intended upon initial commissioning, including: • The pump is not suited to the system (e.g., over- or under-sized). • Friction losses differ significantly from what was envisioned in design, leading to inadequate pump performance and possibly cavitation. • Entrapped gases in a forcemain can cause hydraulic restrictions. • The nature and composition of the wastewater being pumped; noting the potential presence of large or difficult-to-pump objects, ragging, and build-up of gases. (We once had a shoe flow through the suction side of a pump and damage our equipment!) Conducting tests of new pumps and facilities can help to: • Identify serious issues – either with the pump or system – and rectify them ahead of the long-term operation of the pump, which will dictate energy costs and degradation rates. Leaving a pump to operate in a less-than-ideal state will often result in faster degradation, poorer performance, and thus greater costs for energy, maintenance, and eventually replacement over time. • Establish a baseline performance condition for future trending.  • Provide actual performance information for use in hydraulic modelling. • Confirm whether contract specifications have been met. In addition to the pumps themselves, the system into which they are connected plays an equally important role in determining how the pumps operate through the physical process of finding an equilibrium between energy added to the system by the pump and the system resistance (head losses and elevation differences). The same testing methods can be applied to develop the actual (in situ) system curves, which can be informative, particularly when considering upgrades or changes to any particular system, as well as to verify design assumptions.

Pumping Basics The service delivered by a pump has two components: (1) hydraulic head and (2) flow. This service is delivered by converting electrical power to rotational mechanical power (via a motor), and this is then converted from mechanical power to what is termed “water power” (via the pump). Increasingly, wastewater pumps are being equipped with variable frequency drives (VFDs) to modulate the electrical input to the motor for the purpose of changing the speed of the pump’s rotation, which provides increased flexibility to the operation of the pump.  Mathematically, the pump power equation is as follows:

This equation consists of the following components: • P is the electrical power input (kW) from the grid, which can be measured directly. • γ is the specific weight of the fluid being pumped (for this article, the fluid in question is (waste)water with a value of 9.810 kN/m3).” • Q is the flow rate (m3/s) processed by the pump. In some cases, this can be reliably measured, but not always. • H is the head (m) produced by the pump (i.e., how high it will lift the fluid). This is directly measurable based on the pressure difference between the upstream and downstream sides of the pump, any local losses from the point of measurement to the pump itself, differences in elevation between pressure measurement locations, and any changes in velocity head due to differences in the diameter of the piping at the points of measurement. • The product of γ, H and Q is the water power. • is the overall efficiency of the pumping unit, with respect to the task of converting electrical power to water power, commonly referred to as the “wire-to-water efficiency”, and is composed of the individual components noted below. • nD and nM are the efficiencies of the drive unit (e.g., VFD) and motor, respectively. These efficiencies are generally quite high (~97% for VFDs; ~90% to 97% or higher for motors), are relatively stable at design loads and do not suffer from significant degradation over time if the units are operated within their intended ranges. Accordingly, manufacturer literature can generally be used reliably for these parameters. • Lastly, np is the efficiency of the pump itself and is the largest source of energy inefficiency in the entire pumping unit and, moreover, can degrade significantly over time. Pump performance and efficiency testing often revolves around this particular parameter as it is often an excellent indicator of the general health of the pump. Depending on the testing method used, this parameter can either be calculated using measurements for P, H, and Q, or np can be measured directly.

Conventional Method (including Draw-Down Method) This pump testing method involves measuring the following general components: • Electrical power input from the grid. • Pressure on both sides of the pump (for the suction side, this may instead involve measuring the suction well level). • Flow, either by way of a station flow meter, or a portable flow meter. For many wastewater pumping facility applications, volumetric measurements of flow resulting from the draw-down of the wet well are often used in isolation or in combination with the flow measurements.

Calculation of the Resulting Pump Efficiency One of the principal drawbacks of this method is the accuracy and reliability of flow metering. Flow meter accuracy may be compromised by any of the following considerations: • The station flow meter is only usable for pump testing if: (i) it is reasonably accurate (this is not always the case); (ii) only the pump(s) being tested are run during the test; and (iii) there are no recirculation lines present upstream of the flow meter.  • If there is insufficient exposed piping, such that a portable flow meter (e.g., clamp-on ultrasonic type) can’t be installed. This is a common problem, as the piping within pumping facilities is often “tight.”  • Lastly, determining the ability for these flow meters to measure reliably, or deciding which type of technology to use (e.g., transit-time vs. doppler) is dependent on the characteristics of the fluid and the internal and external condition of the pipe. These can vary significantly in wastewater systems.  The accuracy of draw-down calculation methods depends on the accuracy and interpretation of available design drawings, appurtenances within the wet well, and the impacts of any upstream piping (and manholes) which may contribute storage depending on the level of operation in the wet well. As well, wastewater pumping facilities are typically continuously fed flow from influent (upstream) sewers, and average inflow rates are estimated based on the filling time between pumping cycles, introducing additional uncertainty into the flow measurement process. In some cases, there may be a potable water supply available to the wet well, used for purposes of cleaning and/or flushing. These can help shorten the filling time between pumping cycles, whose flow rates may be easily measured using portable flow metering equipment to improve accuracy. One recent application involved the use of flow from a nearby hydrant to fill the wet well, whose flow rate was measured with a mobile testing unit pictured in Figure 1. Whatever the situation, appropriate test planning can mitigate the uncertainties associated with flow rate measurement.

Thermodynamic Method Similar to the conventional method, this pump testing method involves the measurement of power and pressure on either side of the pump, as well as temperature. Measurement of the (waste)water temperature (down to 1 mK or 0.001°C increments) on both sides of the pump. The underlying principle is based on the First Law of Thermodynamics (i.e., conservation of energy), whereby any energy that is not converted to productive work – in the case of a pump, pressure and flow – is converted to thermal energy that is largely manifested in the water temperature (given its relatively high heat capacity). Successful application of this method depends on the ability to measure the temperature of the (waste)water. While this can often be accomplished through the installation of taps at appropriate locations, temperature probes can also be placed in wet wells near the suction intake lines where suction side taps are not possible (often due to lack of access or the use of vertical turbine pumps). A typical tap with a temperature probe and pressure sensor connection on one side of a pump is shown in Figure 2.

Which Method to Use? It depends.  As noted above, the ability to apply either method depends on the particular circumstances of individual pumping facilities. In many cases, the conventional method can produce sufficiently reliable results and is often easier to apply. In cases where the conventional method cannot be applied reliably (e.g., when the flow rate cannot be accurately measured), the thermodynamic method may be considered. In some cases, both methods can be applied simultaneously. Whatever the case, a review, consultation and reconnaissance process often proves helpful to select an appropriate method, ensure that the testing proceeds smoothly, and deliver reliable results.

What Experiences Have Taught Us After testing more than 500 water and wastewater pumps in Canada, the US and Mexico, we have identified some fairly common issues that present themselves, including the following: • Only a small fraction of pumps actually operate near to their best efficiency point (BEP) and, as a result, most tend to consume more energy than needed and deteriorate more quickly. • Pumps are often found to operate to the “right” of the BEP, meaning that the pumps may be oversized for typical conditions for the system in which they are operating. The pump alone does not determine where it will operate, but rather the pump (applying energy to the system) in combination with the system it operates in (offering resistance to the pump) determines the operating point.  • VFDs are often considered a panacea for energy efficiency and other performance-related matters. VFDs, however, erode the overall efficiency of a pumping unit – recall that these devices can operate with efficiencies as high as 97% or, viewed differently, impose a cost of at least 3% of the energy being applied. Accordingly, the benefits expected (in terms of financial and energy savings as well as operational flexibility) should sufficiently outweigh this modest reduction in efficiency imposed by these devices. • Actual system curves are often quite different from what would otherwise be anticipated based on theoretical approaches alone. There are many possible reasons for this, which may include: potential trapping of air/gas in the forcemain (which, in turn, depends in part on its as-constructed profile); the characteristics of the wastewater in question, such as the degree of dissolved gases; the estimation of hydraulic losses in piping as well as at bends and fittings; etc.); and, for older systems, the condition (roughness) of the system. Figure 3 presents an example of results from a wastewater forcemain system curve test.

Concluding Thoughts Pump performance and efficiency testing is a sensible inclusion in the performance verification of new pumps (or conducting condition assessments) for a number of reasons, including ensuring that the performance of the pump and the system that it is operating in is appropriate, collecting relevant baseline performance information for future trending and hydraulic modelling purposes, as well as verifying capacity. Considering the incorporation of performance specifications into design and construction documents is also sensible, in order to properly elucidate expectations to those responsible for implementation. 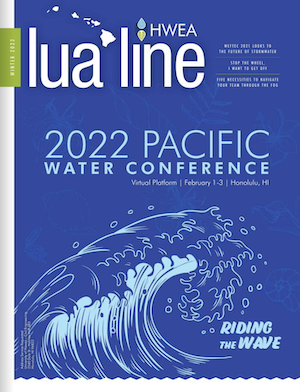