This is a sample module published to the sidebar_bottom position, using the -sidebar module class suffix. There is also a sidebar_top position below the search.
Summer 2018 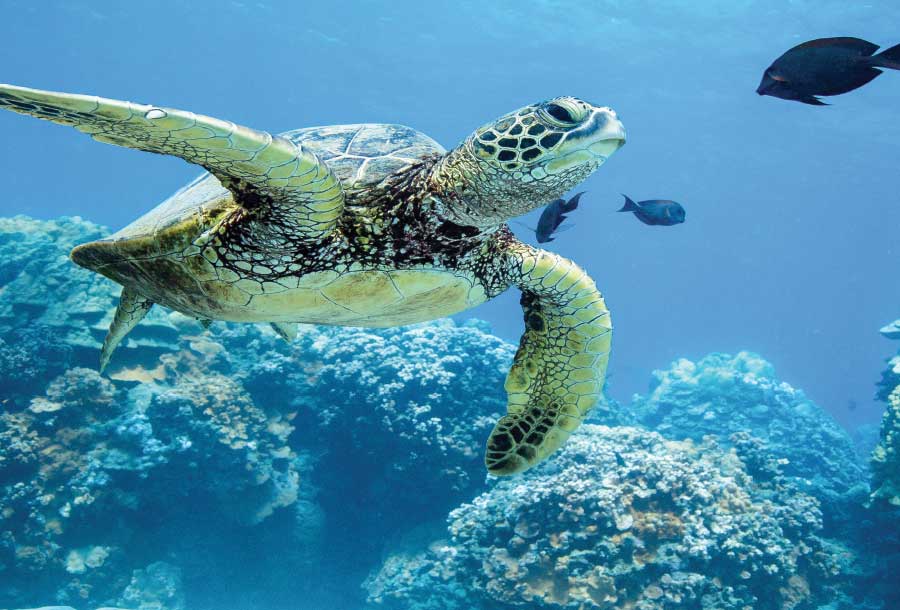 From Wastewater Treatment to Stormwater Pollution Control and Watershed Protection

Significant progress has been made in Hawaii to mitigate environmental and public health impacts from disposal of wastewater since the 1972 Clean Water Act. Much work remains, however, in improving water quality problems from stormwater runoff pollution, also referred to as nonpoint source pollution.

• Past history of water pollution control efforts and successes.

• Past and present wastewater treatment infrastructure and permitting challenges.

The discussions focus on Oahu, but many of the concepts may also apply to the neighbor islands.

Looking Back at the Past. Hawaii experienced major water quality and public health problems in the 1960s. On Oahu, there were more than 40 wastewater treatment plants, many of which were discharging to streams, harbors, bays and nearshore waters. Prior to 1976, raw sewage was discharged less than 3/4 mile off Sand Island at a depth of about 40 feet.

After comprehensive data gathering and analysis, the landmark “Water Quality Program for Oahu” (WQPO) study was completed in 1972. The key solution was primary wastewater treatment and discharge of the treated effluent through deep ocean outfalls. Primary treatment removes settleable solids that smother benthic biota and “floatables” that impact swimming areas. Researchers concluded that in lieu of additional secondary biological treatment, the ocean could be counted on to naturally break down and assimilate the remaining organic matter. Secondary treatment, which primarily removes oxygen-consuming and nutrient rich soluble organic material, was not necessary with deep ocean outfalls. Unlike streams, rivers and lakes, dissolved oxygen and nutrients are not an issue in the open ocean. Other recommendations of the WQPO included eliminating discharges to Kaneohe Bay and inland streams, bays and estuaries.

Implementation of the WQPO recommendations resulted in clear water quality successes. A new state-of-the-art deep outfall at Sand Island discharging primary effluent approximately 1.5 miles offshore at a depth of 225 to 240 feet was constructed. New and extended outfalls were constructed for the Honouliuli, Kailua and Waianae wastewater treatment plants (WWTPs). Initial extensive studies by Hawaii’s leading water quality and marine biology experts between 1990 and 1999 concluded that the deep ocean discharges had no deleterious effects on the ecosystems around any of the outfalls. Subsequent research, including an $8 million Mamala Bay study in the 1990s, also showed no adverse impacts.

Permitting and Public Perception Challenges. Hawaii was successful in lobbying for a secondary treatment exemption in the 1970s. Congressional hearings were held in Hawaii and the 301(h) secondary treatment waiver program was included in the 1977 Clean Water Act amendments. The waiver program was supported by State and local government officials, politicians, University of Hawaii, technical organizations, and several environmental groups, including the Sierra Club and Conservation Council for Hawaii.

In subsequent years, there was a strong push by mainland and local environmental groups to have EPA eliminate the waivers and the program. It was logical to believe that more treatment is always better. Due to poor outreach and communication efforts from the scientific and engineering community, knowledge on the basis and benefits of the waiver program diminished. Politicians, who were pressured to “give in,” felt it was better to end the controversy and drawn out litigation. Denial of the waivers by EPA was aided by compliance challenges associated with Hawaii’s extremely stringent water quality standards. Decreasing ambient water quality associated with the increasing impacts of stormwater runoff was not considered. Cost, energy use, CO2 emissions, and other key factors were also not considered as they are not part of the waiver evaluation criteria.

Impacts of Implementing Secondary Treatment. Under the 2010 Consent Decree, Honolulu is required to construct new secondary treatment facilities at the Sand Island and Honouliuli WWTPs by 2024 and 2035, respectively. The combined capital cost in 2018 dollars is estimated to be at least $2.5 billion. Amortizing this cost over 20 years at an assumed discount rate of four percent, and adding in an estimated operation and maintenance cost of $30 million per year, the total annualized cost is $215 million per year. Based on Oahu’s 800,000 service population and an assumed 3.0 persons per family, this equates to an annual cost per family of $800 per year in 2018 dollars. Actual costs will most likely be much higher, possibly even twice as high, due to inflation, financing costs, and unforeseen factors.

The consensus of the scientific and engineering community is that there are no environmental benefits of providing secondary treatment for deep ocean outfall discharges and there are substantial negative impacts. Negative impacts include:

• Higher sewer bills will be a financial hardship and will exacerbate the homeless problem. A survey by the Hawaii Foodbank noted that one in five residents in Hawaii (nearly 290,000 people) face hunger issues, and 62 percent of these residents reported having to choose between paying for food and utility bills. Homeless residents contribute to water quality and public health problems due to lack of restroom facilities.

• Secondary treatment facilities contribute to significant production of greenhouse gases. They require significant power and fuel to operate. The organic carbon in wastewater is converted to CO2 by microorganisms so a secondary treatment plant is essentially a “CO2 factory.” Nitrous oxides are also released. Allowing soluble organic matter to break down naturally in the ocean is clearly the “green” solution.

The deep ocean discharge of nutrients with primary treatment actually has environmental benefits. Added nutrients in offshore waters increase primary productivity (algae and plankton) and fish population with no negative effects. Since global warming will cause greater ocean stratification, upwelling of nutrients from deep waters will be reduced. This will cause an undesirable decrease in primary productivity.

• Trash in the runoff is unsightly and harms marine life.

Protecting the watershed and promoting native vegetation is critical. In addition to serving as a habitat for endangered species, native forests are highly effective in retaining rainfall and moisture. Native forests act like a giant sponge. Retaining water in the watershed has the following benefits:

• Increases groundwater flow along the shoreline, which is beneficial to nearshore ecosystems.

Shifting Priorities and Funding: EPA’s new Integrated Planning Program is intended to promote improved allocation of funds. EPA recognizes that states and cities are faced with multiple water quality issues and limited resources and that the highest priority projects should be implemented first. This program is designed to empower local community stakeholders in setting priorities, evaluate affordability issues, and incorporate sustainable technology and green solutions.

Honolulu’s FY18 capital improvement budget is approximately $650 million. Much of the capital improvement budget in future years will be used for the Sand Island and Honouliuli WWTP secondary treatment upgrade work. If $500 million per year was diverted for other uses by not implementing secondary treatment, the following hypothetical reallocation of funds would be possible:

Other possible sources of funding include an environmental tax or stormwater fee. Such fees would allow for a stable funding source and may be palatable if offset by reduced sewer fees.

Many factors are conducive to proceeding in a new bold direction to address stormwater pollution and watershed protection needs:

• Lack of funding for just about everything and a dire need to prioritize.

• Current Federal administration is supportive of local environmental problem solving. A special law for a permanent waiver for secondary treatment for Hawaii could be pursed.

• Good potential for collaborative effort with environmental groups, including possible renegotiation of the Consent Decree.

Conclusion. Regulators, elected officials, government agencies, environmental groups, the professional and technical community, and the general public should support actions to avoid wasting precious environmental protection dollars. Funds for wastewater projects with little or no benefits should be redirected to reduce stormwater runoff pollution and improve management and protection of native forests.