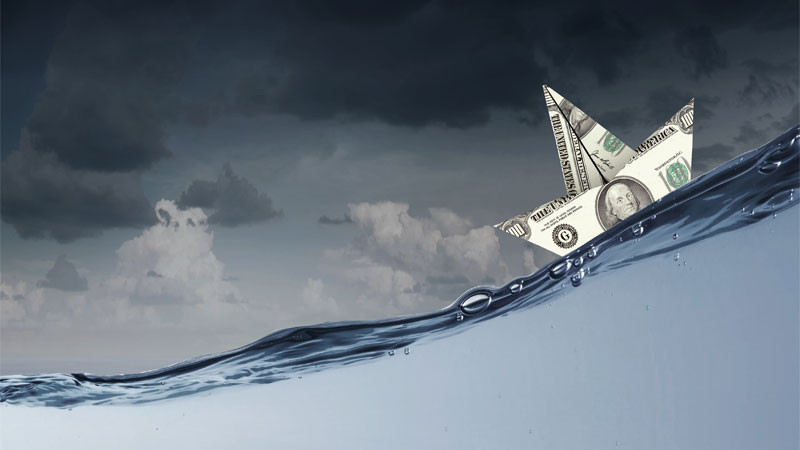 The American Society of Civil Engineers estimates that America’s water/wastewater infrastructure needs $1.3 trillion dollars of investment over the next 25 years.The vast majority of the money needed for this investment is not likely to come as grants from the federal government

– in fact federal grant monies for water infrastructure has seen a significant decline since the early 1980s. Today it is commonly understood that the funds needed are more likely to come from bonds, loans, or financing through public/private partnerships. In either case, the investment will come in the form of funds that have to be repaid by the ratepayers. It is not unusual to see water and sewer rates rising at 2-7% annually to cover the costs of debt service or to provide direct infrastructure financing for infrastructure projects. In its latest annual survey of water price trends in 30 large U.S. cities Circle of Blue found that the average price of residential drinking water for a family of four using 100 gallons per person per day rose 3.3 percent in 2018. California had the highest increases. Prices at the 50-gallon-per-person level in Fresno, Los Angeles, San Diego, San Francisco, and San Jose climbed more than 7 percent. Residents of San Jose (17.8 percent), Fresno (15.4 percent), and Los Angeles (13 percent) absorbed the three highest price increases in the survey.

This trend is going to continue due to the nation’s crumbling water/sewer infrastructure. This present a problem because rates are rising but average American wages are not. In fact, a recent poll by Bankrate suggests that American wages are stagnating (62% of workers surveyed said that they had not received a pay raise in the past 12 months). According to Pew Research Center, the average worker today has slightly less purchasing power than the average worker in 1973, after factoring in inflation. With water rates continuing to rise and wages stagnating (and real purchasing power decreasing), we are heading towards a nationwide water affordability crisis. In 2018, the online publication, Water Deeply, reported that the poorest Californians are paying as much as a fifth of their incomes for water. According to Food & Water Watch, more than a third of U.S. households may soon be unable to pay their water bills. The point is highlighted by the following graphic:

It is time for water utilities to become aware of this looming issue and ensure that they are regularly exploring ways to improve efficiency and contain (or reduce) costs. Secondly, water utilities should develop a communications plan to explain to their communities the actions being done to improve operational efficiency and contain (or reduce) costs. This will help the community be more accepting of rate increases. They will still probably not like it, but at least they will be able to see that the utility is taking steps to minimize the amount of the rate increases. Utilities should also consider ways to share information, eliminate duplicated costs, and increase cooperative procurement – these are common sense steps that a community could easily see as meritorious steps to reduce costs. Now is the time to look at all ideas and innovations for efficiency and cost savings – before water affordability becomes a crisis. 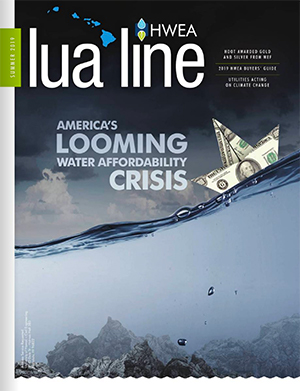